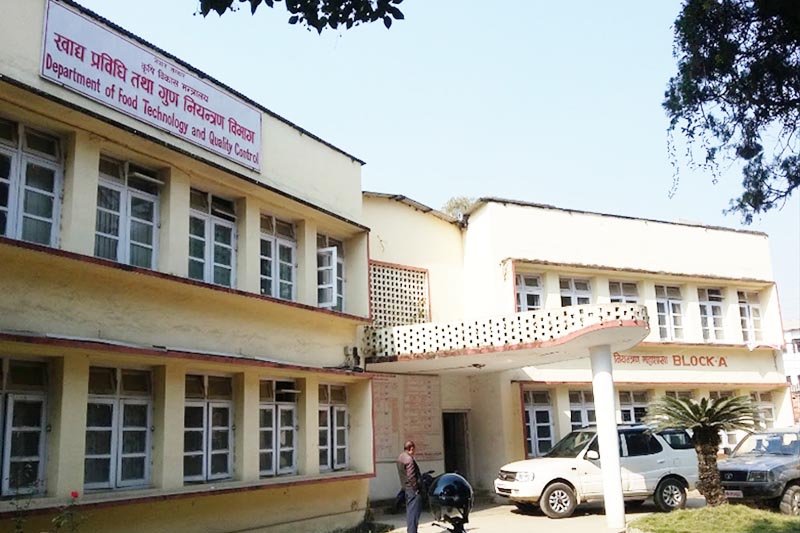 Kathmandu. The Department of Food Technology and Quality Control in the period of eight months conducted sample tests of 881 goods. According to Department director general Upendra Raya, in the first eight months of the current fiscal year (mid-July to mid-March), samples of over 2,000 goods were collected in course of conducting market inspection and monitoring. Collections were made through 43 offices under the Department. During the second quarter of the fiscal year, 881 samples of foodstuffs and pulses, edible oil and ghee, fruits and vegetables, spices, cornflakes, processed drinking water, dairy and dairy products were tested. Out of them, 27 samples were found against the standard. This number was 70 in the first quarterly. 76 cases filed for sub-standard supply The Department during this period filed 76 cases against the manufacturing and supply of sub-standard drinking water. The cases were filed at several district administration offices and the district courts, Raya added.