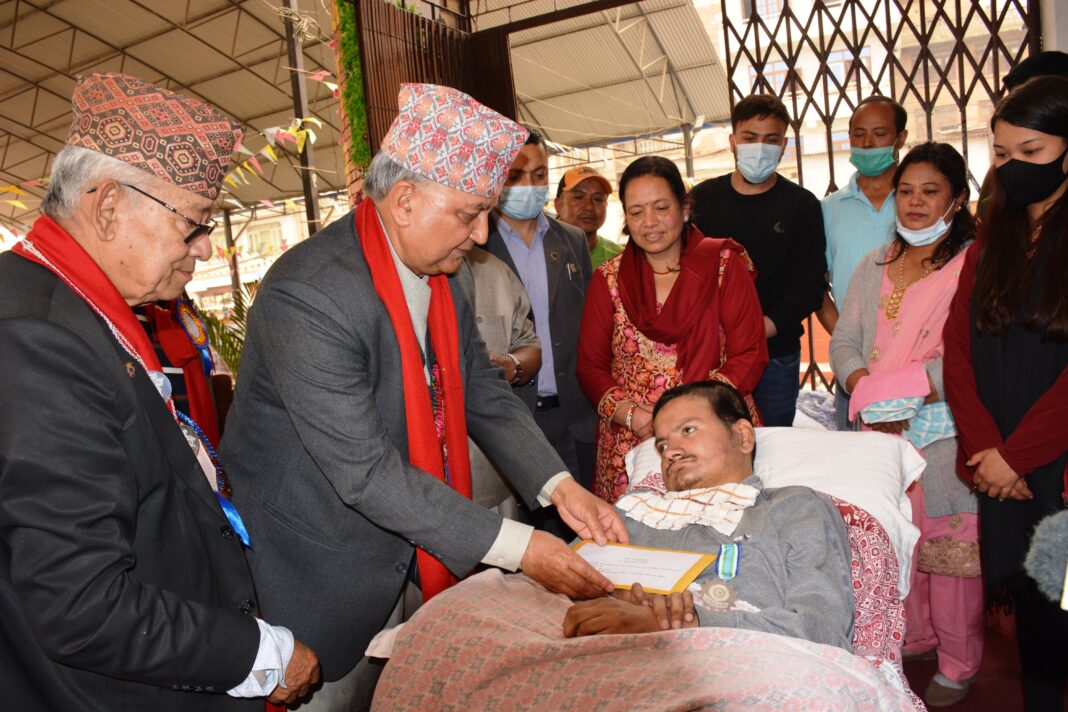 Banepa. People’s movement 2006 injured Mukesh Kayastha of Banepa has been honoured with the ‘Banepa tara’ medal at a function organised to mark the 40th founding day of Banepa Municipality. At a function held here on Saturday, Deputy Prime Minister Iswar Pokharel presented the medal and cash prize of Rs. 10,000.

Following the felicitation, DPM Pokharel inquired about Mukesh’s health condition and other state of affairs. Mukesh is bed-ridden since sustaining bullet injuries during the 2006 people’s movement. 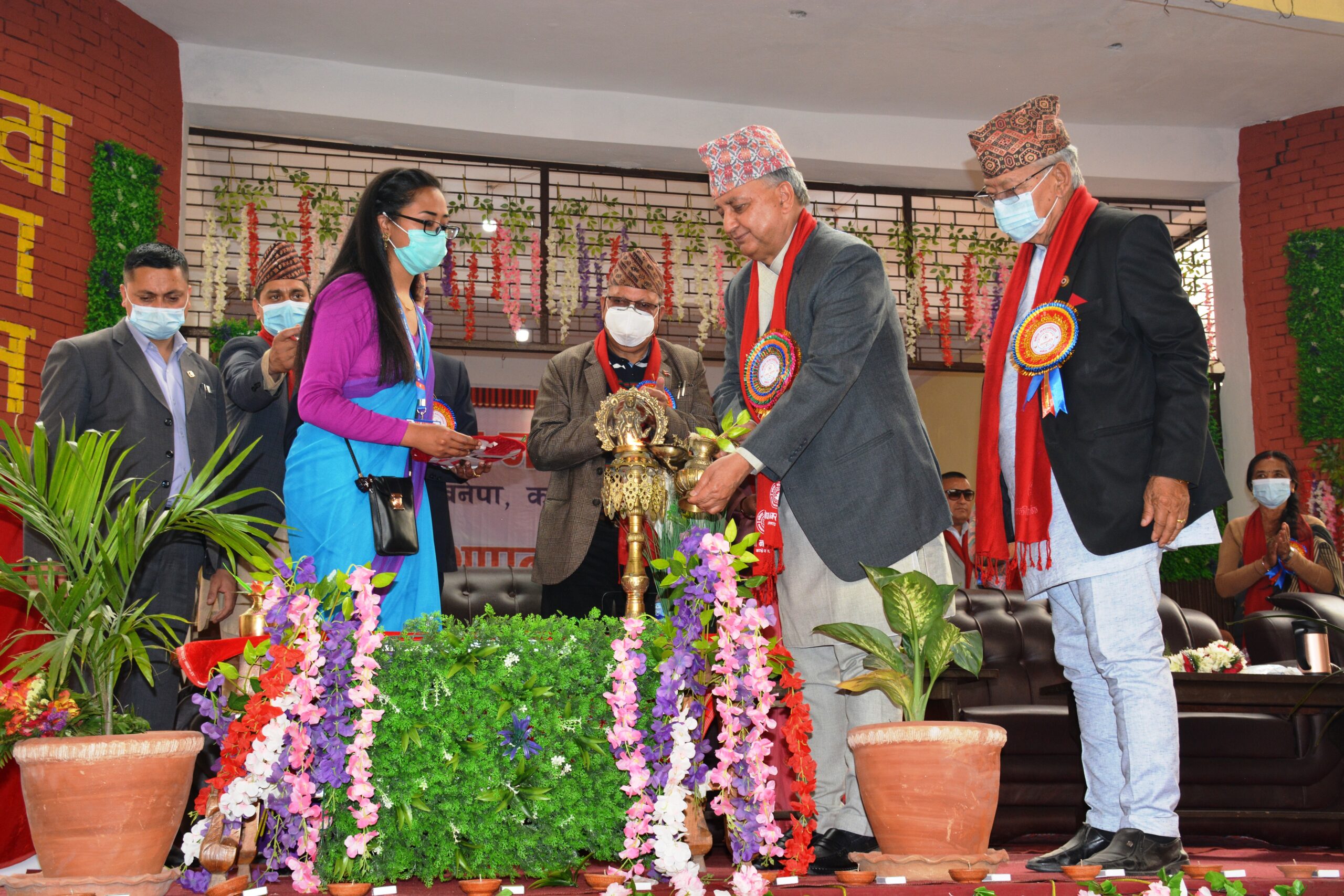