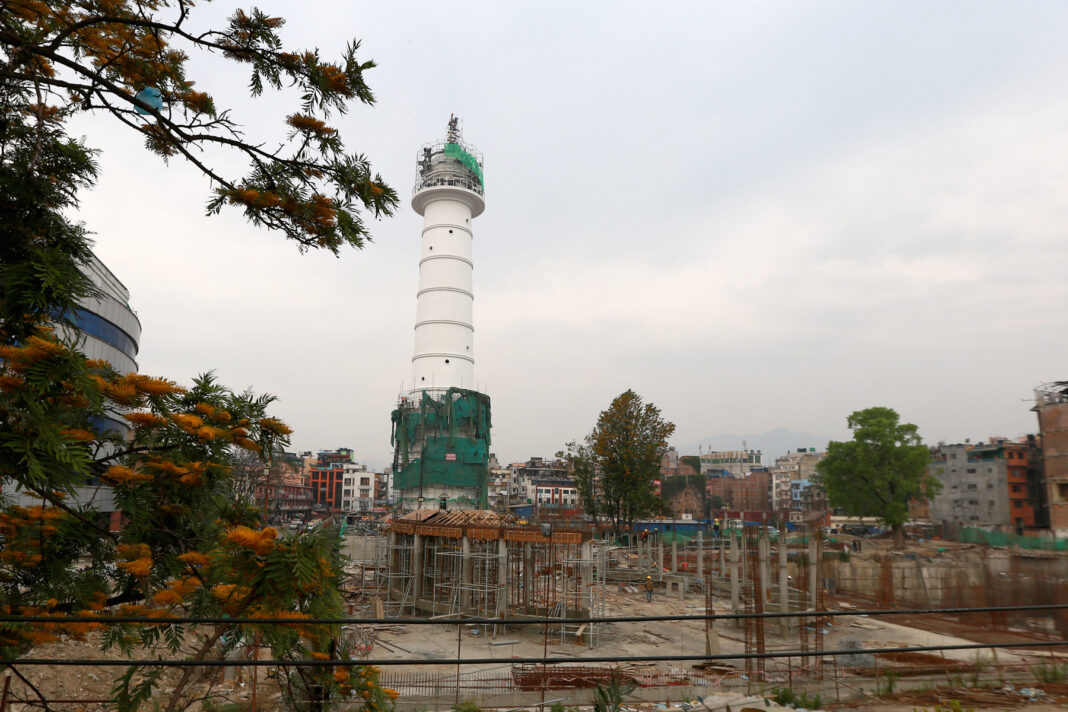 Kathmandu. The reconstructed 22-storey Dharahara has got its 330-kg pinnacle installed on Wednesday. The pinnacle installation work was undertaken in the morning ritually and in the presence of the concerned authorities including CEO of the National Reconstruction Authority Sushil Gyawali.

The Nepali Army had blown trumpet while Mangaldhun was played and Swasti Bachan (recital of mantras for peace) were conducted during the pinnacle installation process. Made up of brass, the gold-plated pinnacle has also mix up of 95-kg gold.

The 22-storey rebuilt tower will be inaugurated on August 24, on the eve of the day when the 7.6-magnititude Gorkha Earthquake had rattled the country in 2015.

Prime Minister KP Sharma Oli is scheduled to inaugurate the rebuilt 72-metre tall tower that was first built by the first Prime Minister of Nepal Bhimsen Thapa in 1835 BS.

Heritage expert Rajuman Manandhar shared that CEO Gyawali had installed a Shivalinga in the 21st storey of the tower and had performed puja on the Shivalinga and the pinnacle.

Though Dharahara that spans across 42 ropani of land in total will be inaugurated in few days, it will not be open for public for some more time since other structures were under-construction. Manandhar said that it may take until November for the Dharahara to be opened for the public.

Public ought to wait until coming November to climb the tower and savor a panoramic 360 degrees view of the Kathmandu Valley.